To harvest light, cutting-edge organic solar cells rely on bulk heterojunctions, blends of light-responsive electron donor and acceptor materials. When light strikes the heterojunction, the resulting excited states are pairs of electrons and positively charged holes that need to be separated to make electric current. During charge separation, the donor gives electrons to the acceptor, and the acceptor transfers holes to the donor. Therefore, the efficiency of the solar cells depends on two key factors: the electron affinity offset between these materials, which corresponds to the ability of the acceptor to gain an electron and drives electron transfer; and the ionization energy offset, which represents the propensity of the donor to release an electron, facilitating hole transfer.

Nonfullerene acceptors (NFAs) have recently yielded solar cells with conversion efficiencies nearing 20 percent, outperforming fullerene-based acceptors that had previously dominated. "Key to these record efficiencies is the design and synthesis of materials that combine efficient charge generation with minimal energy losses," explains team leader Frédéric Laquai. "However, the precise role of the energy offsets and their related processes is unclear, which has stalled the development of design rules for NFA-based systems" he adds. 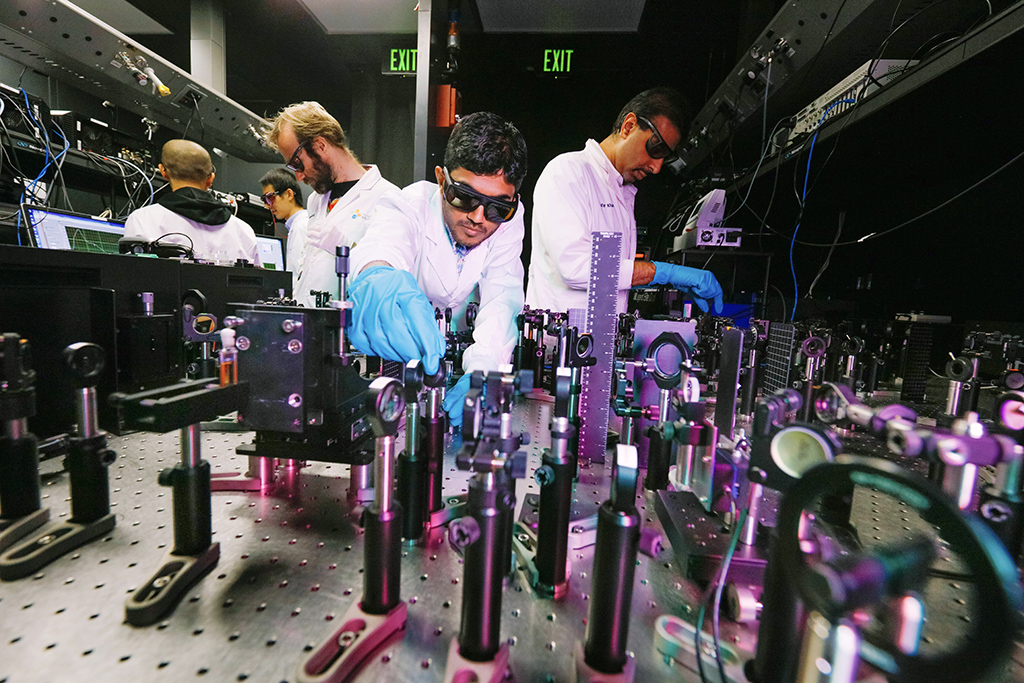 To address this, the multidisciplinary team devised an approach to monitor the photophysical processes that influence charge generation in 23 different NFA-based systems. ”With our collaborator, Denis Andrienko from the Max Planck Institute for Polymer Research in Germany, we developed a concise model that enabled us to correlate our experimental observations to physical parameters and chemical structures,” says research scientist, Julien Gorenflot.

The researchers discovered that, contrary to recent reports, substantial ionization energy offsets were needed to generate charges. In contrast, electron affinity offsets failed to induce charge separation regardless of their magnitude. These unexpected findings result from a process known as Förster resonance energy transfer, which appears to compete with electron transfer. Postdoc Catherine De Castro explains that "this is an immediate consequence of the design principle of the blends, where donor and acceptor present overlapping emission and absorption, which facilitates energy transfer."