More efficient photocatalysts could unlock the potential of solar energy.

An organic semiconductor photocatalyst that significantly enhances the generation of hydrogen gas could lead to more efficient energy storage technologies.

A standard method for storing solar energy is in the chemical bonds of molecular hydrogen using hydrogen evolution photocatalysts (HEPs). Currently, most HEPs are made from single-component inorganic semiconductors. These can only absorb light at ultraviolet wavelengths, which limits their ability to produce hydrogen.

A team led by Iain McCulloch from the KAUST Solar Center, in partnership with researchers from the United States and the United Kingdom, has now developed HEPs made from two different semiconducting materials. They incorporated these materials into organic nanoparticles that can be tuned to absorb more of the visible light spectrum. 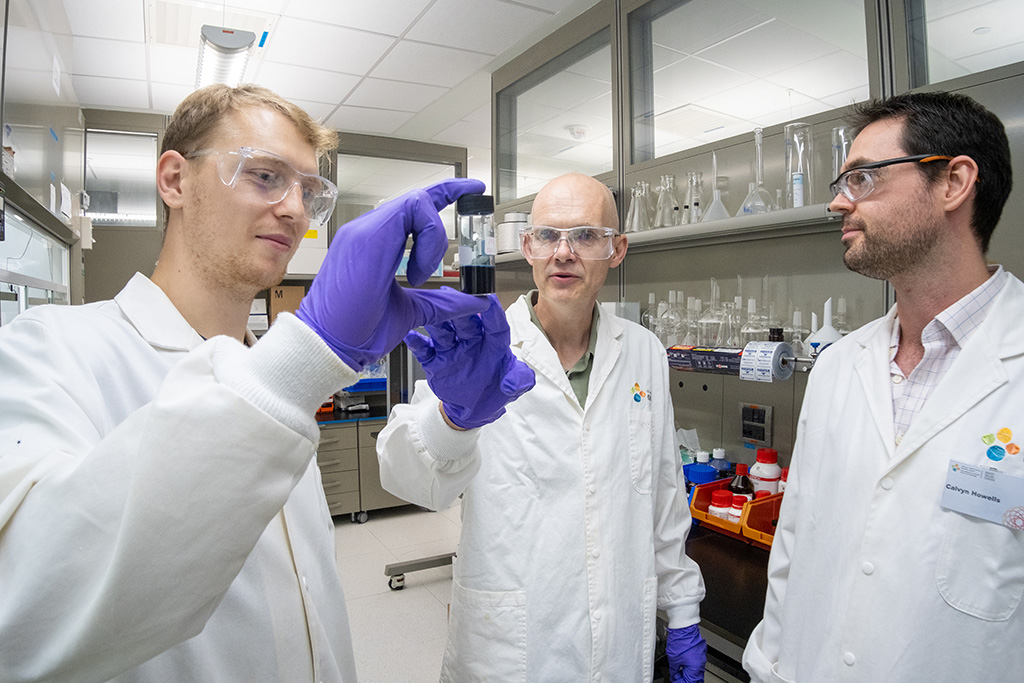 “Traditionally, inorganic semiconductors have been used for photocatalytic applications,” says Jan Kosco, first author of the study. “However, these materials absorb primarily UV light, which comprises less than five percent of the solar spectrum. Therefore, their efficiency is limited.”

By varying the surfactant, they were able to control the structure of the nanoparticles, transforming them from a core-shell structure to a mixed donor/acceptor structure. The blended structure allowed them to introduce a heterojunction between the layers of the donor polymer and nonfullerene acceptor.

“Both structures absorb light at the same rate,” explains Kosco, “but in the core-shell structure, only photogenerated holes reach the surface; however, in the mixed structure, both holes and electrons reach the surface of the nanoparticles, resulting in enhanced generation of hydrogen.

The HEPs exhibited hydrogen evolution rates an order of magnitude beyond what is currently achievable with single-component inorganic HEPs. This lays the foundations for next-generation energy storage technologies. 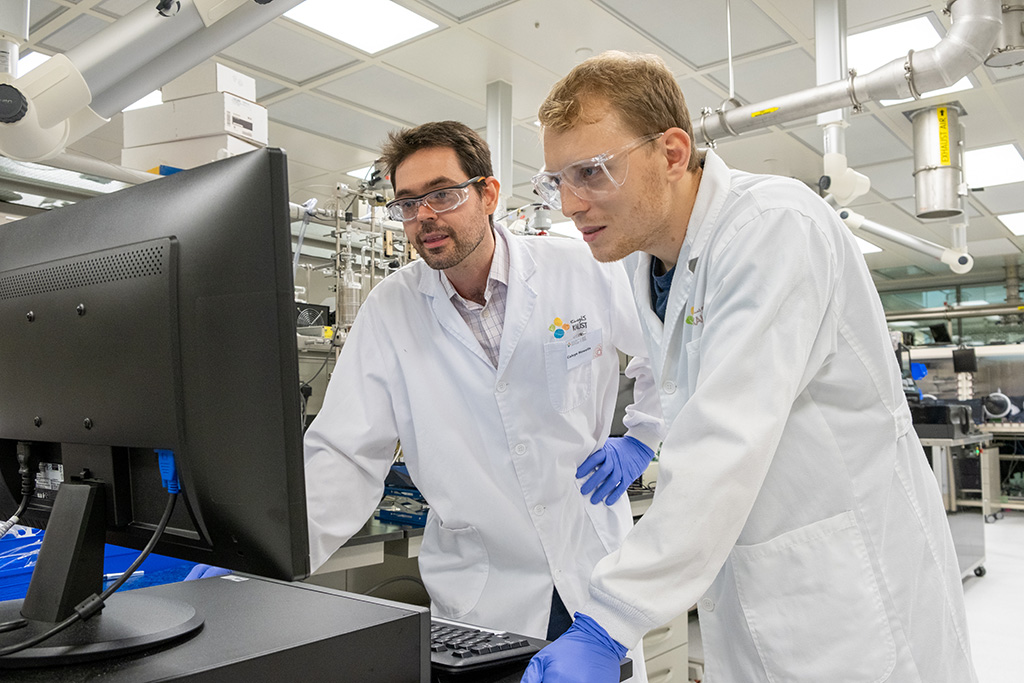 “We are currently studying the performance of nanoparticles formed from different blends of semiconductors to better understand their structure-activity relationships,” says McCulloch. “We are looking to design nanoparticle photocatalysts for other photocatalytic reactions, such as oxygen evolution or carbon dioxide reduction.”