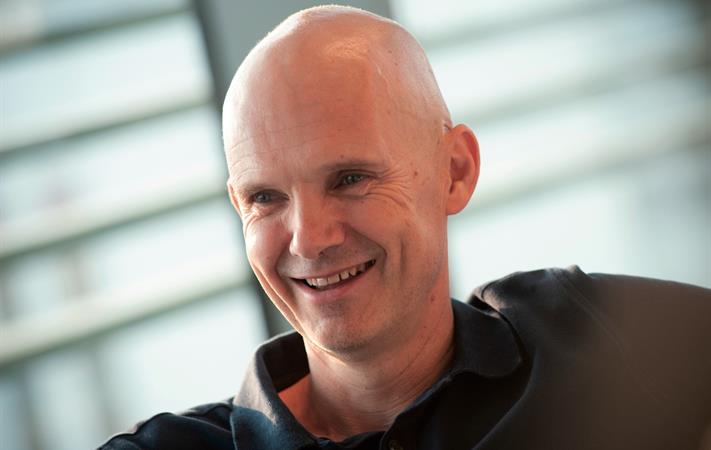 Iain McCulloch, the director of the KAUST Solar Center, has been elected as a Fellow of the Royal Society. McCulloch, who is a KAUST professor of chemical science, as well as a Chair in Polymer Materials at Imperial College London, has made discoveries in chemical design and synthesis to control the assembly of organic semiconducting molecules to form ordered structures with specific electrical and optical properties, for use in a range of devices including transistors and solar cells.

"Obviously it is a huge honor to be elected as a Fellow of the Royal Society," said McCulloch. "I know it is a cliché, but it is completely true that science is a team endeavor, and success arises when you are lucky enough to work with great team members, colleagues and collaborators."

The Royal Society was founded in 1660 and is both the United Kingdom's national science academy as well as a fellowship of the world's preeminent scientists and researchers. The Society elects fellows on an annual basis, the ranks of which include globally known scientists such as Stephen Hawking, Francis Crick, Alan Turing and many others.

"Election to the Fellowship of the Royal Society is tribute to Professor Iain McCulloch's remarkable achievements as a scientist and innovator," KAUST Vice President of Research, Donal Bradley, said. "We are proud that KAUST is home to such outstanding talents in scientific research, who make substantial contributions to the advancement and application of knowledge for the benefit of society."

McCulloch's research is focused on the development of high-performance organic semiconductor materials. These materials can be used in transparent solar cells for smart windows, for example; as sensors for biologically relevant metabolites such as glucose and lactate; and to produce hydrogen from water using solar irradiation. As well as reaching new feats of efficiency, such materials can also be designed to be printed, like inks, making them simpler to process into films.