Diego Rosas-Villalva explained that the team was surprised that such an extremely thin polymer was so effective in improving the lifetime of the device.

Air-stable coatings can improve the longevity of wearable devices that tap into body heat.

When two sides of a semiconductor are at different temperatures, electron migration from hot to cool areas can generate a current. This phenomenon, known as the thermoelectric effect, typically requires semiconductors with rigid ceramic structures to maintain the heat difference between the two sides. But the recent discovery that polymers also exhibit thermoelectric behavior has prompted a rethink of how to exploit this method for improved energy harvesting, including incorporation into wearable devices.

Derya Baran and her team at KAUST are helping to engineer self-powered devices using a conducting polymer containing a blend of poly(3,4-ethylenedioxythiophene) and polystyrenesulfonate (PEDOT:PSS) chains. Relatively inexpensive and easy to process for applications, including inkjet printing, PEDOT:PSS is one of the top-performing thermoelectric polymers thanks to its ability to take in efficiency-boosting additives known as dopants.

Diego Rosas-Villalva, a researcher in Baran’s group, explains that thermoelectric PEDOT:PSS thin films are often exposed to dopants in the form of strong acids. This process washes away loose PSS chains to improve polymer crystallinity and leaves behind particles that oxidize PEDOT chains to boost electrical conductivity. 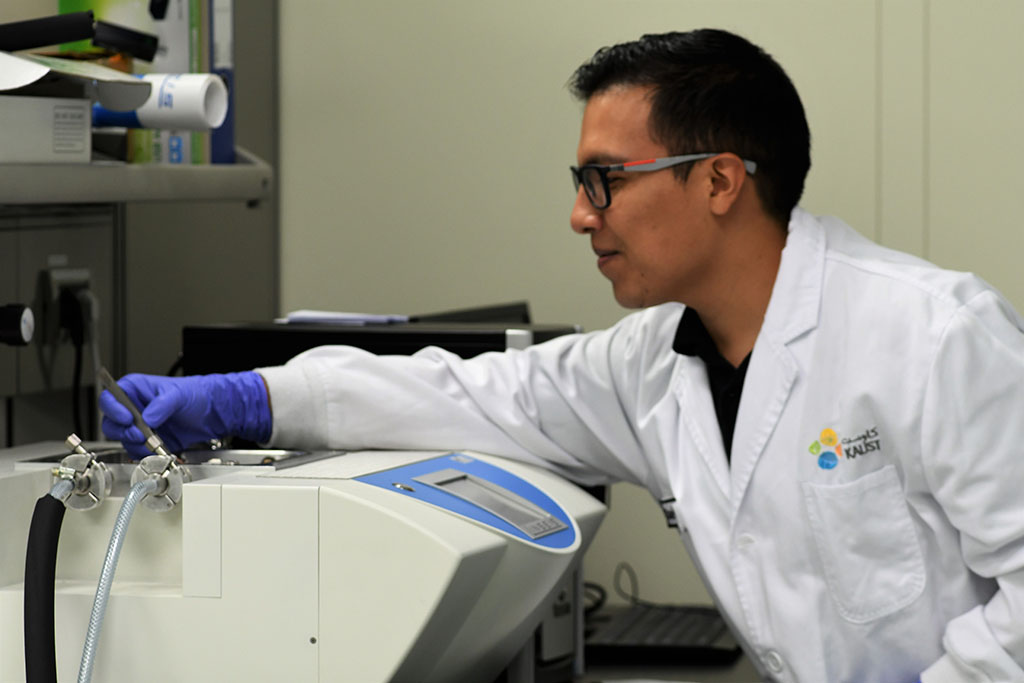 Diego Rosas-Villalva explained that the team was surprised that such an extremely thin polymer was so effective in improving the lifetime of the device.

“We use nitric acid because it’s one of the best dopants for PEDOT,” says Rosas-Villalva. “However, it evaporates rather easily, and this decreases the performance of the thermoelectric over time.”

After the doping step is completed, the PEDOT:PSS film has to undergo a reverse procedure to neutralize or "dedope" some conductive particles to improve thermoelectric power generation.

Typical dedopants include short hydrocarbons containing positively charged amine groups. The KAUST researchers were studying a polymerized version of these amine chains, known as ethoxylated polyethylenimine, when they noticed a remarkable effect—PEDOT:PSS films dedoped with polyethylenimine retained twice as much thermoelectric power after one week compared with untreated specimens.

The team’s investigations revealed that polyethylenimine was effective at encapsulating PEDOT:PSS films to prevent nitric acid escape. In addition, this coating modified the electronic properties of the thermoelectric polymer to make it easier to harvest energy from sources, including body heat.

“We were not expecting that this polymer would improve the lifetime of the device, especially because it’s such a thin film—less than 5 nanometers,” says Villalva. “It’s been incorporated into other organic electronics before, but barely explored for thermoelectrics.” 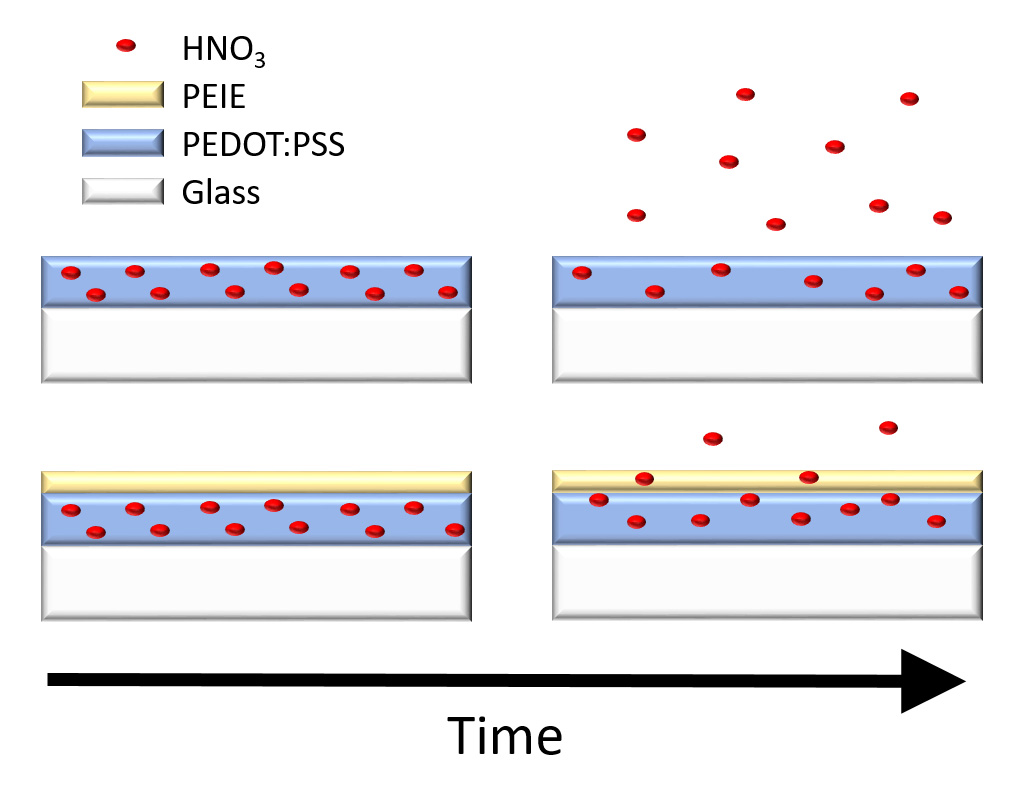 In the development of polymer-based thermoelectrics, PEIE is a useful material for enhancing thermoelectric performance and air-stability.

Reproduced with permission from reference one © 2020 American Chemical Society